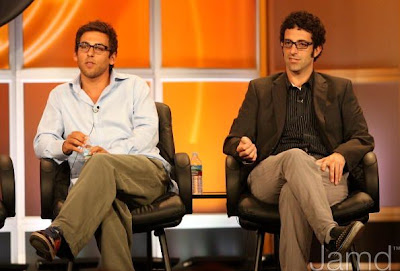 This deal has been in the works for some time and I've been asked to keep my yap shut about it for that time, which is fine with me, because, in my all too brief encounters with anything Hollywood, I've come to believe that nothing can actually get made in that town and so everything we see on the tube or in the movie houses are just one vast shared hallucination. I didn't expect anything to come of this latest deal to get Fables made into a TV series. That was going to happen a few times before and it was also going to be a major feature before but never got there. So, here I am perfectly content to keep silent about this latest "but this time I think it really might work out" foray into other media, comfortable within my enclave of skepticism, when all of a sudden, this morning in fact, the Hollywood Reporter has broken the news.
So here's what we know: According to the report, a Fables pilot episode is likely to be made for possible pick-up by ABC as a TV series. Long time writing partners Stu Zicherman and Raven Metzner are penning the pilot screenplay. That's them pictured above. Mr. Zicherman is on the left and Mr. Metzner is on the right. But this photo is at least two years old, so they may look different by now. David Semel (not pictured) will direct the pilot episode, which will be produced by Warner Bros. TV.
Here's another thing I've learned: According to always dapper and pleasant Ivan Cohen at DC Comics, who is one of their fine young cadre of "let's get this funnybook made into a movie or a TV show" officials, they've received several passes on the first screenplay in the offices and, "This latest rewrite is marvelous."
Here's my involvement: None. I had nothing to do with writing the pilot. I've not been consulted on the pilot. There have yet to be discussions on whether or not I'll be involved with the series.
Now that the cat is officially out of the bag, I'll try to keep you updated as things move along -- or come grinding to a halt.
Posted by Bill Willingham at 12:36 PM

Why are they keeping you out of the loop? Are they afraid you'll be too temperamental (ala Alan Moore)?

It's probably for the best for you to avoid any involvement, lest you want to be screwed over by Hollywood like Mr. Moore and only to then be perceived by the internet denizens as temperamental because you don't want to be bothered by them (Hollywood) anymore.

Hey, long time fan. I was wondering if you were ever going to take Fables to Windsor McCay's Slumberland? As of 2005, it's public domain property. Just wondering. Keep up the fantastic work!

So does someone currently own the movie rights to the Fables property?